by Matt Dalton July 4, 2020
Share 0FacebookTwitterPinterestEmail
First noticed by Max Weinbach, Samsung Russia has hinted towards a huge release in the Galaxy smartphone lineup. The mistake has lead to the confirmation of Galaxy Note 20 Ultra- the latest flagship phone from Samsung.

On the website of Samsung Russia, the all-new phone’s dazzling photos were uploaded with the color ‘Mystic Bronze’. The pictures actually came under the product page for the Galaxy Note 8 and can be seen here. 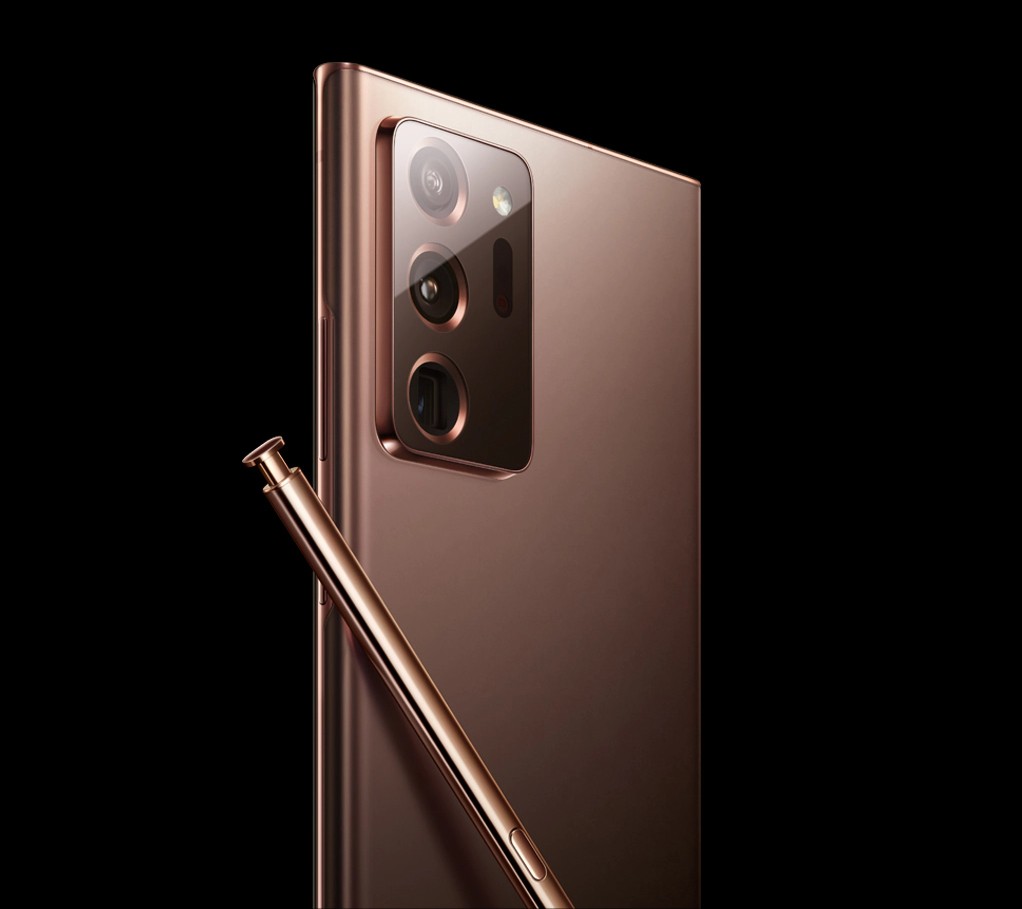 Being termed “the best looking Samsung smartphone ever made”, Note 20 Ultra looks highly impressive and packs a sleek build.

Unlike the camera design of the Galaxy S20 Ultra, which seems a bit too enormous for some, the rear cameras of the Note edition are overhauled. A focus sensor can also be seen just alongside the lustrous flash, and a glossy cut-out.

With the addition of this dedicated sensor, the problems of S20 Ultra have been overcome by the developers. However, Note 20 Ultra is set to use the identical top resolution 108 MP primary camera. Galaxy Note buyers are in for a treat now that Samsung has addressed the focus issue with the phone’s predecessor.

The S Pen hasn’t changed too drastically. The power and volume keys were previously on the left-hand side with the Galaxy Note 10 and Note 10+. With the Note 20 Ultra, they are back to the right side.

To talk about the price, word has it that the Note 20 Ultra will be very much below the original cost of the Galaxy S20 Ultra. This is exciting news for Galaxy enthusiasts.

The Galaxy Note 20 series are going to be announced officially next month, and that too supposedly online. The unpacking event is where Samsung also wishes to announce the Galaxy Z Flip 5G, Galaxy Fold 2, and Galaxy Tab S7.