by John Horan August 7, 2020
Share 0FacebookTwitterPinterestEmail
Whether you are playing a game, browsing an app, or making a tutorial for your YouTube video, you may want to record your Android device’s screen. The process of recording the screen of your Android device is more straightforward than you might expect. Although there is no built-in screen recording application in any version of Android, there are several such apps available on the Android Play Store you can use. They vary in functionality and can differ a lot in the quality of user experience.

Screen Recording Apps are designed to film a tutorial, educational, and gaming videos without going through the hassle of having a screen recording software on your computer. With these apps, you can record right on your Smartphone or Android Tablet with ease. Even though screen recording has only recently entered the Android market, the number of available applications is continuously growing every month. These apps can work on both rooted and non-rooted devices, aiding users to record their screens with a lot of different useful features. Let us take a look at the ten best android screen recording apps that you can use for free. 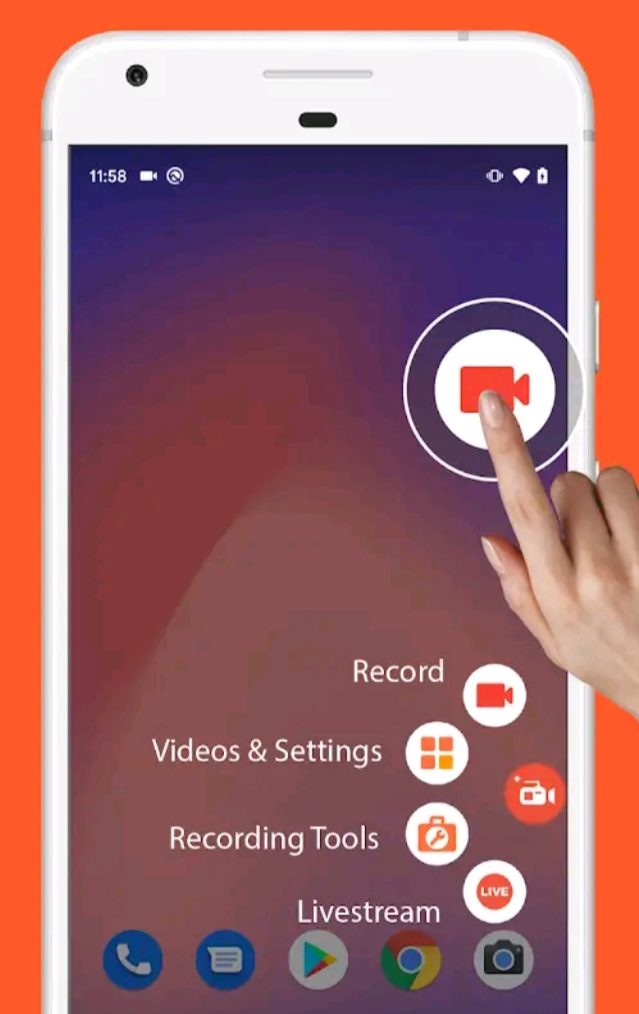 AZ Screen Recorder is of the best screen recording applications out there on Android Play Store right now. It is easy to use for first-time users and can be installed for free. This application features an overlay button that has tons of features. Also, this button does not appear in the recorded video, so you don’t have to worry about that.

Not only that, but you can also add your video recorded by the front camera of your device, just like you see in professional streams on YouTube or Twitch. This app also comes with a basic built-in video editor that you can use for clipping or trimming the recorded videos. AZ Screen Recorder does not require your device to be rooted and also is watermark-free, with no time limits. The storage space on your device only limits the length of videos you can record using AZ Screen Recorder. 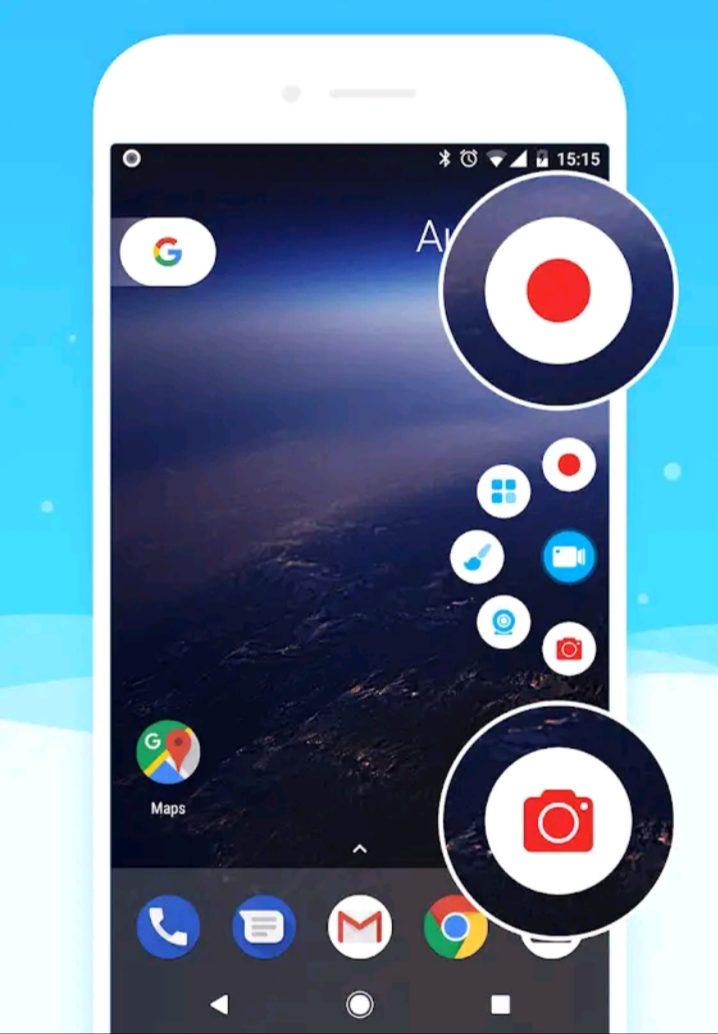 This is another widely used screen recorder application on Android. It has more than 147k reviews on Play Store, with most of them being five stars. This application can be used to record your device’s screen at different resolution settings. The maximum settings for this are 1080p resolution, 60FPS frame rate, and 12 Mbps bit rate. In Super Screen Recorder, you can swipe down the notifications bar and pause or resume the recording whenever you want. You can also stop the recording with a gentle shake to your device. These gestures help to add fantastic functionality.

Super Screen Recorder also supports external memory in case you need to record lengthy videos. It also features a built-in animated GIF maker. Moreover, you can record the device’s audio or use any of the available tracks for background music. 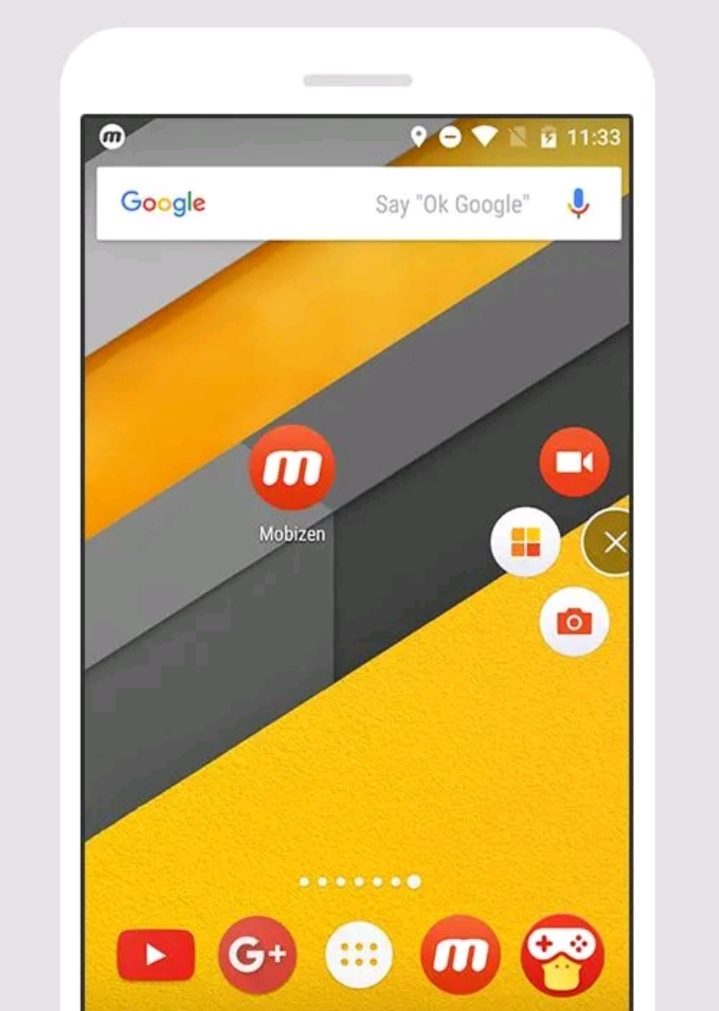 This is a simple-to-use screen recording application for Android devices. Other than that, it can also function as a screenshot app or as an editor for both videos and images. It requires no root privileges to function correctly. It also comes with an AirCircle that appears at the edge of your screen and can be used to navigate through the app’s features.

When you launch the Mobizen Screen Recorder, it automatically checks your device and runs an analyzing algorithm to determine the optimum settings. This ensures the best recording experience for the user. A wizard is also available to help you find the best resolution and quality of the video to work with. You only have to perform these adjustments when you are using the app for the first time. Once it is customized for your device, then you can use it seamlessly every time. 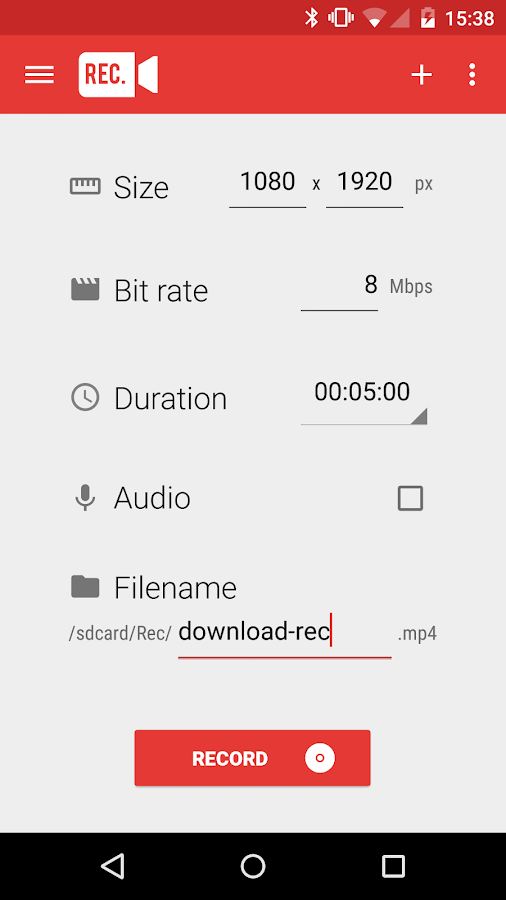 In older versions of Rec. Screen Recorder, you needed to have a rooted device for this app to function correctly. However, with a new screen record feature built into Android 5.0 and up, it is now able to record your screen without root on Android 5.0 and higher. It gives you a wider berth to tweak the settings just as you like them like some other screen recording applications, using Rec. Screen Recorder does not require you to be tethered to your computer. This means that you can record footage on the go.

Rec. Screen Recorder has a simplistic design that helps you to get used to its interface. You do not have to dig through many settings to figure out what the app can do. This app provides untethered, flexible, and fully configurable screen recording capabilities without demanding any high-end requirements from the host device. 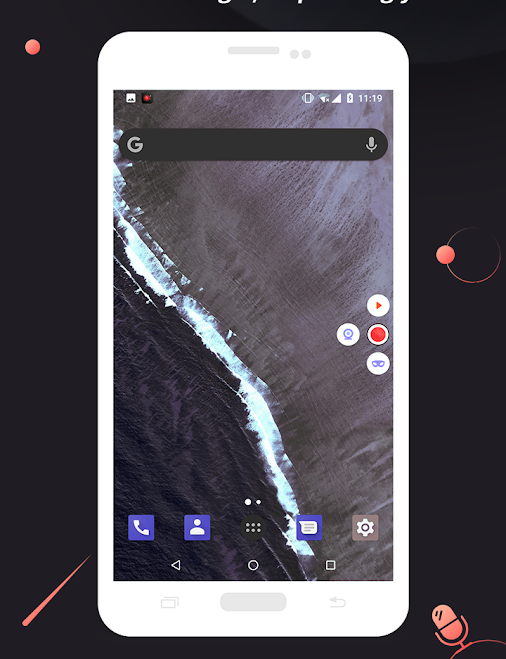 ApowerREC is a highly customizable screen recorder. The ability to schedule recordings can be especially useful, and the built-in editing tool is well-designed for enhancing the quality of your recorded videos without overwhelming you with too many options. It also has a specific gaming mode that optimizes its settings to record while you are gaming.

Powered by AI, this screen recording application can be used to record anything you want. It can also be used to perform standard video editing with some basic tools. It is a lightweight application with an intuitive and user-friendly interface designed while keeping all kinds of users in mind ranging from novices to professionals. You can also set it to stop recording once a specific file size or recording time has been reached. It also comes with a built-in media player for previewing your videos. 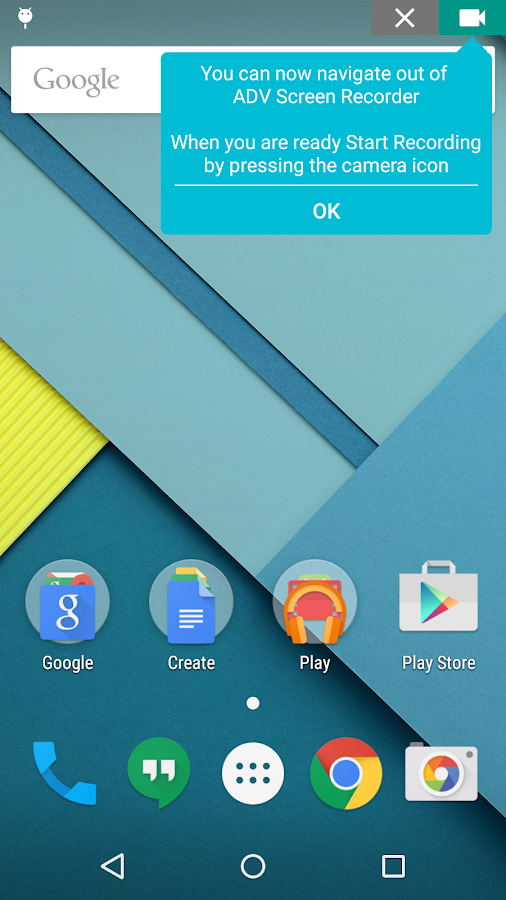 ADV Screen Recorder is another reliable and useful screen recording application for Android. It provides all the essential features a standard screen recording app does. With ADV Screen Recorder, you can record your device’s screen with two different engines. This allows you to set different resolutions, frame rates, and bit rates. A unique feature of drawing and writing over the clip has also been added in the latest major update.

You can use both the front and rear cameras while recording on ADV Screen Recorder. Also, it allows you to pause the recording when necessary. Like other popular screen recording apps, it also comes with an in-built video editor. Other than English, this application is also available in 5 different languages, including Italian, Portuguese, German, Arabic, and Spanish. Although this is a free application to use, it offers in-app purchases for added features and tools. 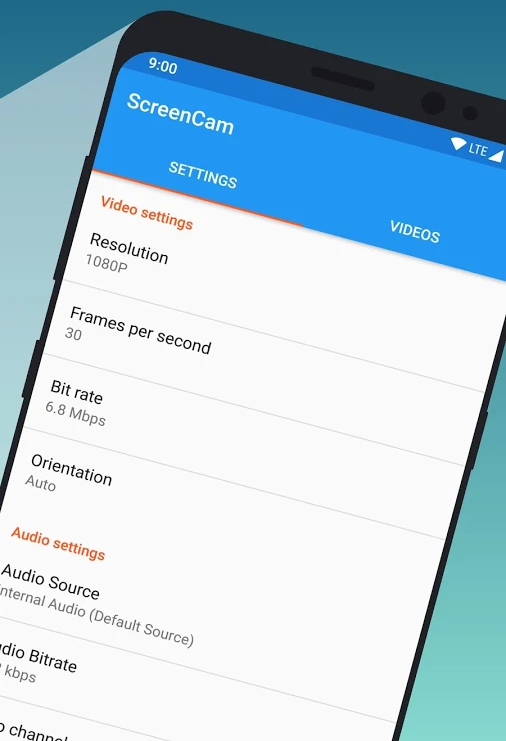 ScreenCam Screen Recorder is one of the best lightweight android applications for screen recording. It is an open-source application which makes it even more flexible. It is free to use once you download it from the Google Play Store, and does not contain any ads. Moreover, root privilege is not a requirement to run this app.

This application enables you to record your screen in an amazingly intuitive and straightforward way. On top of being able to record, some pre-recording control options are also available for the users. You can select your preferred resolution and bit rate. When you combine these factors in the most appropriate way, you can ensure the best recording quality. It also provides a camera overlay feature which can work with both front and rear camera. With ScreenCam Screen Recorder, you can also record a specific app. Once you enable this option in settings, ScreenCam will start that application by default. 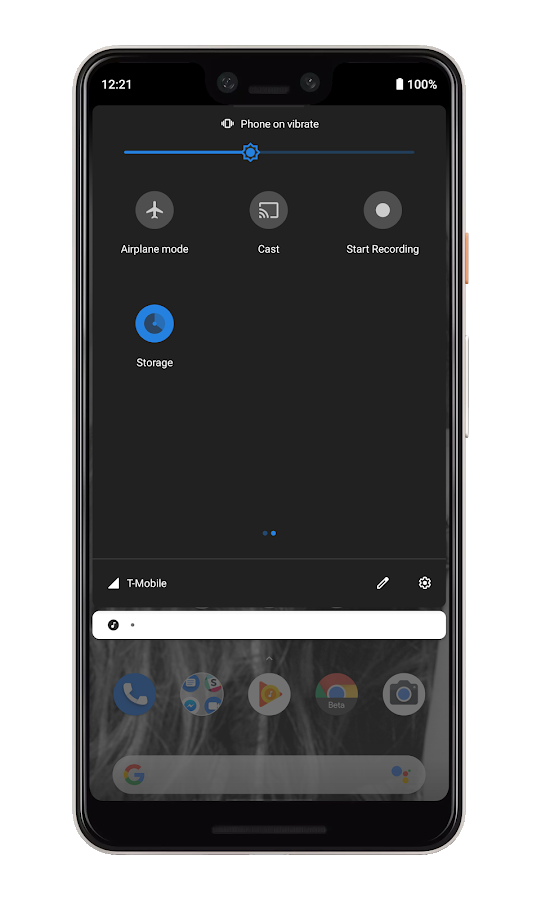 This is another ad-free screen recorder for Android. It is an open-source application that focuses primarily on ease of use. One outstanding thing about this is its interface. It has multiple theme options and automatically switches according to user-set time. With MNML Screen Recorder, you can adjust the frame rate and bit rate according to your preference. This application is highly recommended for anyone who is looking for a simple, clean, and quality screen recording app for Android. 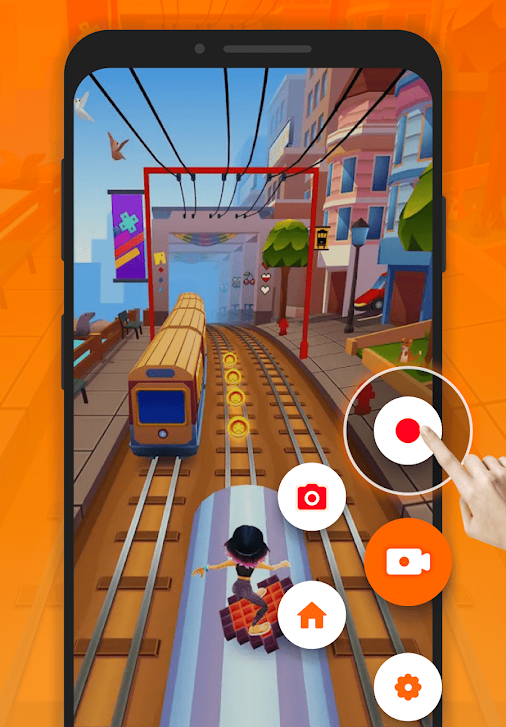 InShot develops this screen recording application. It lets you record your Android device’s screen at up to 2k resolution, 60 frames per second, and 16 Mbps bit rate. You can also record microphone audio, though there is no support for internal audio as of now. Like other applications, it lets you use the front camera to record your footage alongside screen capture.

Moreover, you also get several useful editing features, including options such as, controlling speed, adding music or text, changing the aspect ratio, cropping, and rotating video. A brush tool lets you draw on the recorded screen as well. This application is watermark-free, too, but supports advertisements, just like Mobizen and AZ Screen Recorder. 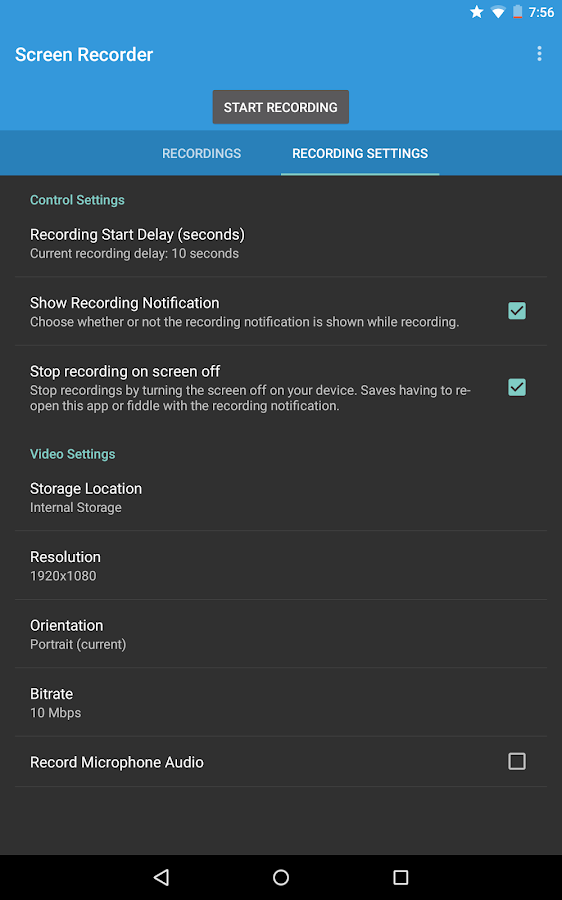 Lollipop Screen Recorder has a remarkably simple interface. You can configure the camera’s orientation and can also use the audio recorder included in the application. As the name suggests, it only works on Android 5.0 or higher. Also, it uses official APIs added in Android 5.0; therefore, it requires no rooting. Recordings can also be exported directly to an SD card, which is a distinct advantage in terms of portability. It also has an added feature of recording only a specific portion of your device’s screen.

That’s all about the best and free screen recording apps for your Android phone. I hope you find this resource useful in picking the one most suitable for your needs. If you have something else that didn’t make into this list, do let us and our readers know in the comments below.