by Matt Dalton July 7, 2020
Share 0FacebookTwitterPinterestEmail
An accidental leak by Samsung Russia recently gave us a hint of how the latest flagship in the Galaxy Note lineup is going to look like. Today, true-to-life photos of the phone itself have confirmed that a stunning new device is on its way.

Although Note 20 has let off a glimpse of itself in previously seen CAD-based renders along with the Samsung Russia leak, an in-person look simply offers a unique outlook that’s bound to be more trustworthy. 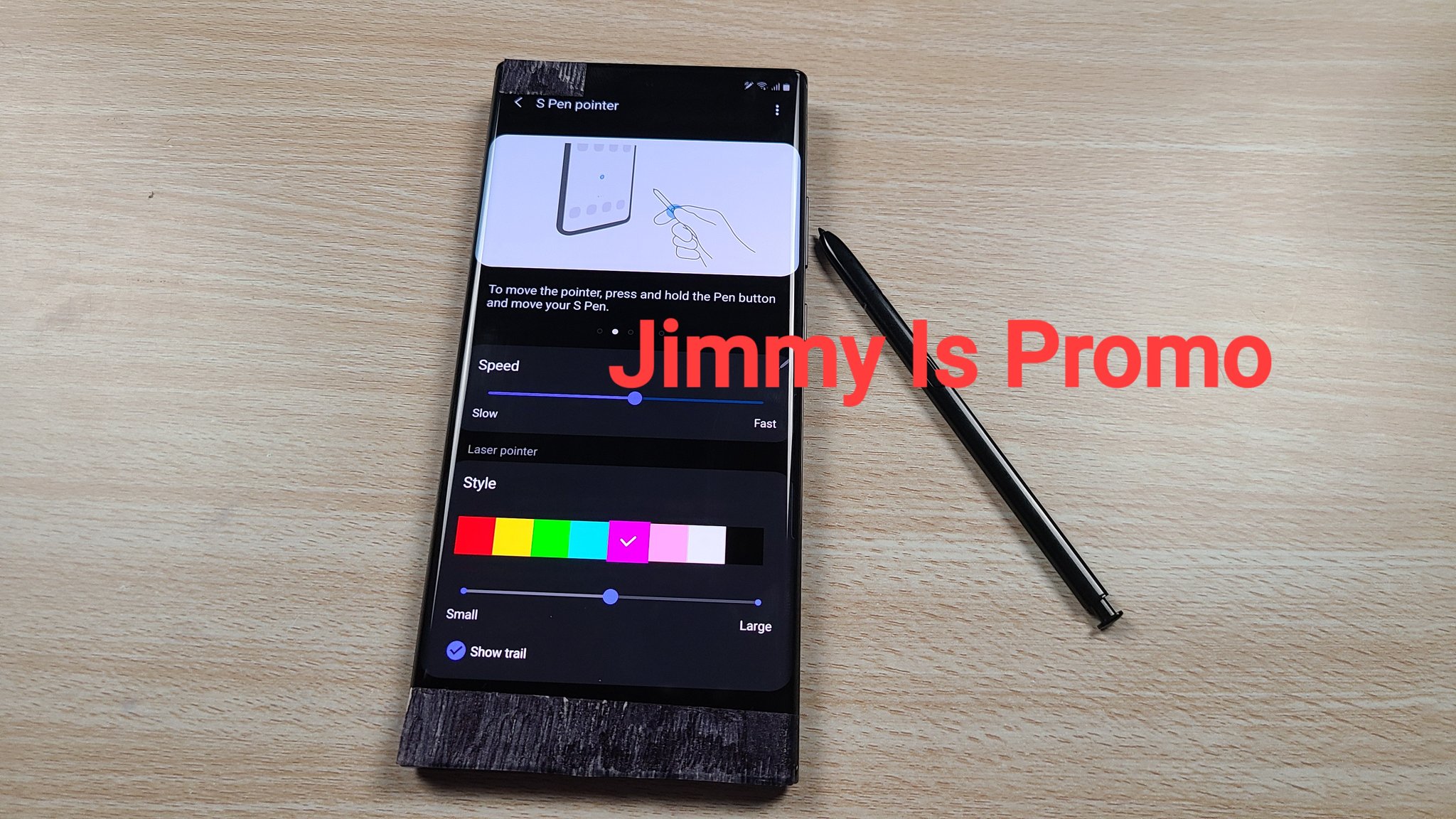 The images of the all-new Note 20 Ultra have firstly been grabbed by tech Youtuber Jimmy Is Promo, giving the whole world something to look forward to. The alleged photos represent the identical greatness of the S series, along with all the characteristic features of the brilliant Note series.

The handset is shown in glossy black color, including the prevalent S Pen, whose functional keys are indeed on the right side, as alleged by leaks previously.

Not only the visual distinction is on display with the recent photos, but Jimmy has also shared appealing news Is Promo. This involves information about the design and the software.

S Pen can now act as a Pointer. Select your color and select icons on the screen, navigate around. Also can highlight an area. #Note20 #GalaxyNote20Ultra

A surprise to no one, the Note 20 lineup will arrive with the One UI 2.5 skin pre-installed, but the YouTuber also hints towards better optimization for the S Pen, which is also seen in the same dashing color as the Note 20 Ultra.

Moreover, the S Pen slot has shifted to the left side of the phone, including the loudspeaker. It’s difficult to say precisely as of yet that the bezels of the phone have been reduced, but a slight change is indeed apparent currently. With that being said, the edges of the superphone seem sharper, and a smaller yet visually aesthetic punch-hole notch can also be observed.

The back of the Note 20 Ultra, according to the photos posted by Jimmy Is Promo shows that it’s made out of glass, along with a metallic frame that’s holding it all together.

Focusing on the rear camera, the build looks much more refined than the one mounted on S20 Ultra. The pack of three lenses involves a periscope zoom lens, with the nature of the fourth inclusion in the design remaining a mystery. Speculation would be that this is a 3D Time-of-Flight sensor or something of the like.

The Note 20 series is going to boast the Infinity-O display. There isn’t more we can say for sure right now regarding more features of the mobile, but additional revelations are expected in the pre-determined August launch.