Netflix’s Cursed Review: What The Critics Are Saying

by Matt Dalton July 19, 2020
Share
0
FacebookTwitterPinterestEmail
Adding to the highly acclaimed fiction genre, Netflix has just released fantasy television series Cursed, and here are many different opinions of it.

The leading role in Cursed goes to Katherine Langford- an Australian actress who is also a Golden Globe Award nominee for Best Actress due to her acting in series “13 Reasons Why”. In Cursed, however, she takes the character of Nimue, a stunning young lady possessing powers beyond her control. After an incident where her mother passes away, she stumbles across Arthur (Devon Terrell), a charming mercenary, and embarks on an adventure to find Merlin, who is played by Gustaf Skarsgård. Last but not least, there’s a magical, all-powerful sword involved that has a tale of its own.

Everyone has questioned Cursed’s genuineness, and want to know whether the sci-fi show is worth their time or not. To answer this need, here’s an overall sum-up by various critics.

Time says that Cursed may not represent itself as intensely heartfelt at all. However, there aren’t many shows out there that offer similar or even more satisfaction. It’s a pleasure to watch how a story unfolds at the hands of a female character whose major attribute is not her attracting charisma, nor her sexual appeal, but instead, has a greater purpose of fulfilling and finding love amidst the wild. Something more applaudable is Cursed contemplating on the very basics of character, themes, plotline, and visual aesthetics, and getting them right. Read the full review here.

The Guardian – the King Arthur prequel nobody, was crying out for

Rating the show with only two stars, The Guardian says that Cursed is indeed fun sometimes. There are gruesome fights where axes find themselves chopping necks along with a bit of fighting here and there. There’s this effect cast by shimmering dragonflies finding life attached to trees, and events, where wolves pose a threat to Nimue all, look great. 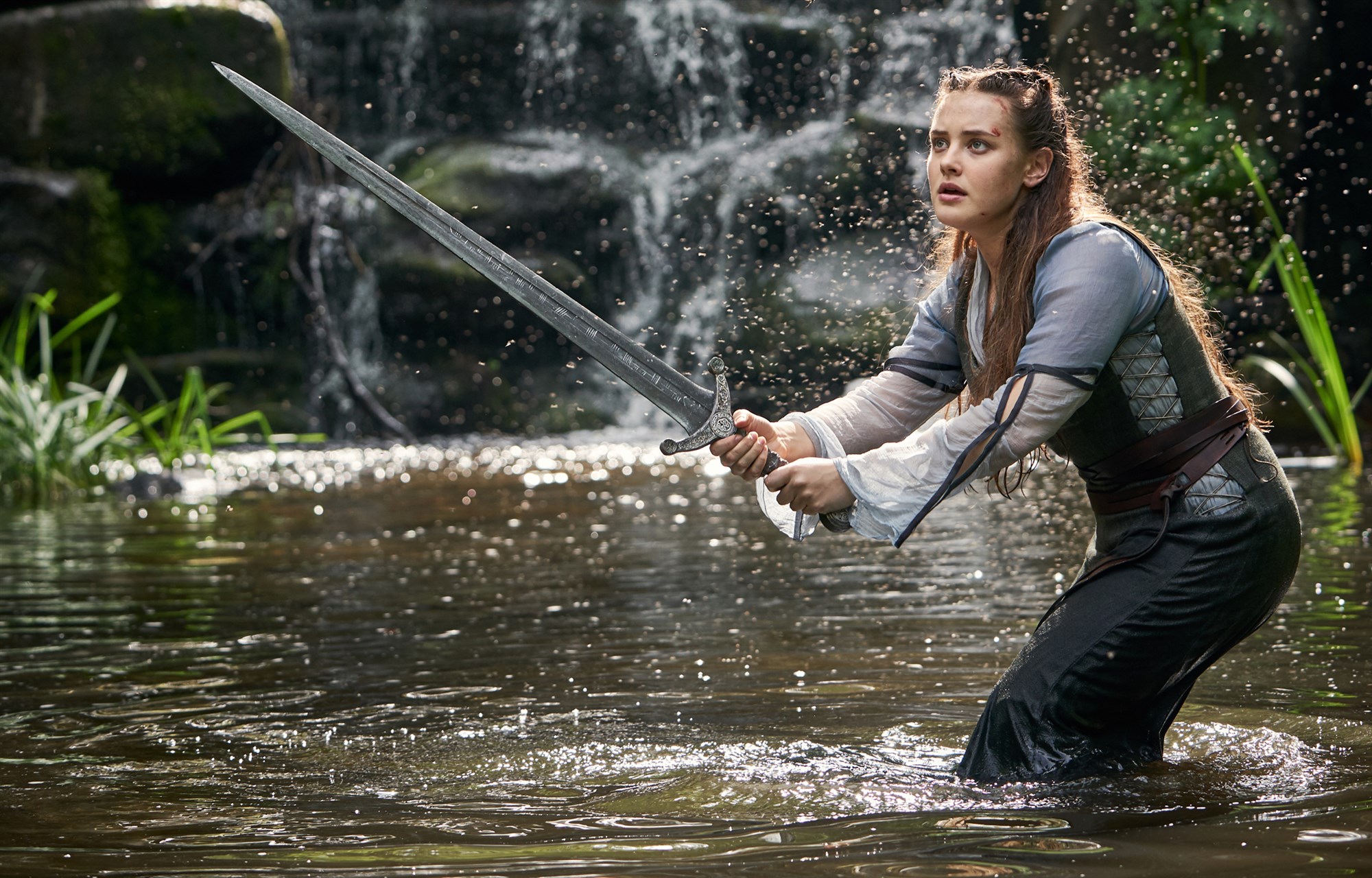 Nevertheless, there’s this inevitability of every person trying to murder Nimue’s love getting hanged by trees, and that doesn’t appeal to the eye very much. There’s a certain degree of carelessness associated with the rest of the main characters that don’t really make a move when they indeed can. Read the full review here.

The heroine Nimue is seen with a mentality boost at the end of the first episode in quite a Wonder Woman manner, according to CNet. Based on a highly capable platform, however, the show fails to deliver an excellent viewership. It’s instead, overly extensive, and there’s a gradual fade in the actual feel of the show as it progresses. There’s a second season coming, but Cursed has seemed to lost the average viewer’s interest as of yet. Read the full review here.

The Hollywood Reporter – Better when it focuses on its fresh heroines

“The Hollywood Reporter thinks that Cursed, based on the novel by Frank Miller and TV expert Tom Wheeler, is deficient of that craziness and psychotic mentality that the Witcher consisted of, and made it great. But, the show also lacks utter dumbness that made the Witcher downright undesirable at times. Cursed is reasonably all right to watch, with a prospect of improvement in utilizing all the show’s elements correctly. Read the full review here.

RadioTimes say that Cursed may take its time to get off to a reasonable start, with the initial episodes being a stretch and not gripping the viewer enough for the rest of the whole season. If people do survive the first few episodes somehow, Cursed is capable enough to make you stick around for later. Read the full review here.

Spotify now lets you play music with your...