by Jeremy Knaul June 22, 2020
Share 0FacebookTwitterPinterestEmail
A new development has taken place in the world of Astrophysics, all thanks to an AI-based algorithm, which has helped with the discovery of an unknown feature located at the core-mantle boundary of the Earth.

With the help of the algorithm, American researchers were able to find connections between seemingly unrelated seismic data belonging to varying sources. The research team is quite high on this new technique since it can also help with making the best of other kinds of geophysical datasets as well. 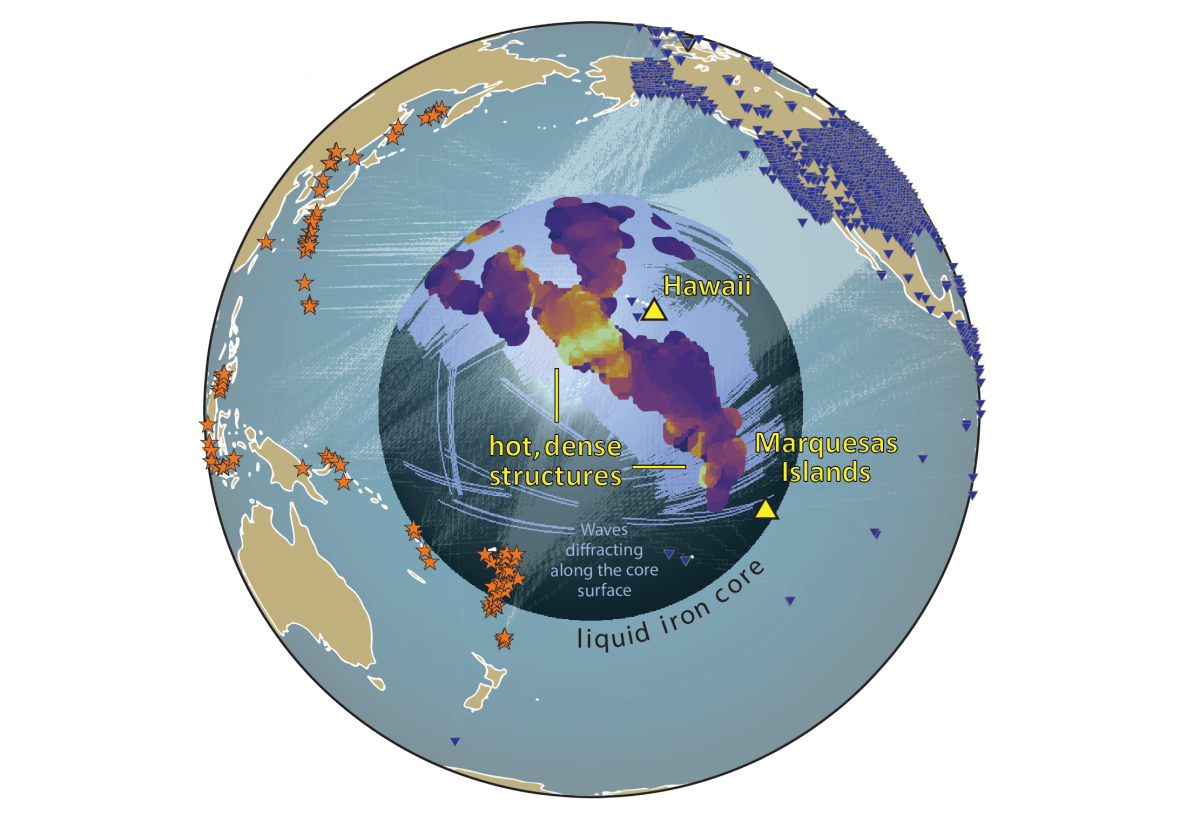 We have learned about what the inside of the Earth looks like by studying how seismic signals behave in the different layers of our planet. However, with time, there have been significant advancements in seismology, which have helped researchers to learn new things about the Earth’s interior.

Accordingly, it was found that the planet’s core-mantle boundary has an unusual ultra-low velocity region where the waves slow down to a great extent. Another exciting discovery was that the Earth’s mantle contains plumes of rising hot material and physical stratification.

Not too long ago, researchers used to find patterns within seismic data manually. Now that such data has been rapidly growing, the process has become almost impossible for the average human being. Accordingly, the researchers involved in making this discovery had to use the Sequencer (an AI algorithm created by Astrophysicists) in collaboration with Johns Hopkins University located in Baltimore. In the past, the same algorithm was found helpful for making a new revelation that the masses of supermassive black holes determine the characteristics of their host galaxies.

Before we delve into our two discoveries, let’s have a brief look at how this algorithm actually works. First of all, the Sequencer takes a look at a wide variety of seismic signals with diffracted waves and calculates the Wasserstein metric value. Afterward, the algorithm finds connections within the data to attain the shortest path. Lastly, the optimal way is discovered and represents the trend in the data.

As for the first anomaly found in the Earth’s core-mantle region (more specifically, the Marquesas Islands in French Polynesia), it was discovered that this region is also a mega ultra-low velocity zone. However, this is not the first region of its kind as scientists are already aware of other such zones located in different parts of the Earth, such as Samoa and Iceland.

In terms of the second finding, the researchers noticed that a lot of diffracted, delayed waves were coming from two regions, one of which is beneath Hawaii. Such waves are an outcome of the interaction between seismic waves and anomalous structures. At first, it was considered as a seismic wave anomaly. However, the Sequencer helped with coming up with a hypothesis that a mantle plume is responsible for such waves.

Although traditional ways to work on Astrophysics do get the job done, it has been proved yet again with these two discoveries that Artificial Intelligence can help yield more precise results and has an application in virtually every field. Moreover, if you’d like to learn more about these two findings, make sure to check out the official news source.

Witness a Breakthrough as AI Robot stars in...